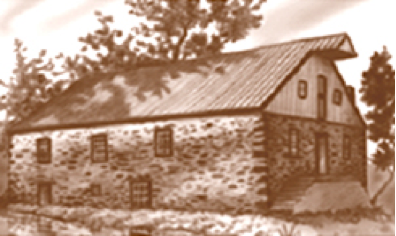 My Great-Great Grandfather, George Brown started the business in 1871 with the purchase of a grist mill in Douglassville, PA. He produced farm animal feed and flour from the wheat he grew on his homestead farm. That same mill is now known as Brown’s Mill and is on the U.S.A. National Registry of Historic Places.

When George retired, he handed the business to his seventh son, Franklin M. Brown. Franklin successfully managed the mill and invested in the purchases of other local businesses. Upon his retirement, Franklin passed his businesses onto his four sons: Emmett D., Benjamin C., George F. and Morris E. Together they became the third generation of Brown’s, and formed the F.M. Brown’s Sons partnership which was later incorporated in 1948 as F.M. Brown’s Sons, Inc. Each succeeding generation continued to pass on the business to the next, and solidified their mission of keeping the business in the family.

My Father, Harvey J. Brown, a member of the fourth generation, took over the Sinking Spring Feed Mill in 1960 from Emmett D. Brown. Harvey operated the facility and successfully sold custom made feed to the local farmers.

Harvey noticed that farmers in his territory were selling off their land to housing developers at an alarming rate. He knew he needed to reinvent his farm feed business into products that would appeal to the new suburban communities around him. He observed that wild bird feeding was becoming a widely popular hobby; in fact, it continues to be the second most popular hobby in the USA today. He became intrigued with the idea of producing wild bird food at his mill; after much consideration and discussion with other members of the fourth generation, Harvey received the approval he needed to move forward with his plans to re-engineer his feed mill. He believed in quality and had no tolerance for dirt or dust in any of his products and to ensure cleanliness, he developed a five-stage cleaning process that was one of the keys to his success. The word got out about how clean and well-formulated his wild bird products were and how they actually attracted songbirds to their customer’s backyards.

Harvey’s loyal customers asked him to start producing companion pet products for their stores. At the time, he was also producing pigeon food and knew that he could use the same technology to produce pet bird food and small animal food with the same quality standards. On the day that he received his first full truckload order for wild bird food and companion pet products, he celebrated, knowing that he made the right decision to disrupt his former established business. From that day forward, his focus was on expanding his operations to accommodate the growth he was experiencing.

Harvey became a mentor to his daughter, Marianne Brown, upon her graduation from Penn State University. She shared an office with him for many years as he taught her how to successfully operate the business. Upon his retirement in 2003, Marianne became President of Brown’s® Pet and Wild Bird Products, and the first woman to secure an executive position at the corporation. Marianne opened the door for other women executives to become a part of F.M. Brown’s Sons, Inc.

In the 1990’s, I was brought into the Brown’s® Pet and Wild Bird Products division to increase the sales of our pet products; however, as I conducted my research into the current companion pet industry, I realized that the “Mom and Pop” pet stores were quickly being purchased by national pet-specialty chains. Just as Harvey, my father, watched the farms disappearing, we found that many of our pet product customers were also vanishing. We knew that it was time to reinvent ourselves again and become a nationally recognized companion pet product producer if we were going to continue to compete and grow.

In 1997, Cecil Campbell joined our division and together we evaluated our product portfolio. It was clear that we had to invest in the design and development of new brands with complete lines of companion pet and wild bird products to replace our existing product portfolio. From the beginning, we knew that while we would never be the largest producer of companion pet and wild bird products, we could be the best with the most sought-after products. With that in mind, Cecil developed unique, differentiated products that appealed to our customers and their pets. Our new products were fun, the packaging beautiful, and the formulas nutritious with exotic ingredients from all around the world. Because we were family-run and operated, we could ensure that the quality was always there, and that the mixes are never cheapened. The customer would receive what they paid for. We continue ensuring these standards today.

John Harrison joined our division in 2010 as Vice President of Operations and used his talent and expertise to lead our continual expansion efforts. He is an important member of our management team and crucial to our continued success. Marcelino Ocasio, our Quality Control Manager, led us to earning our SQF certifications year after year with high grades.

We pursued all market segments including national pet-specialty chains and distributors, large grocery chains and distributors, e-commerce platforms, and the mass market with our uniquely differentiated products. We strategically aligned ourselves with the correct selling partners because we wanted to make sure that they supported the brand and understood the qualities of our top shelf products.

We are proud of our heritage, and remaining one of the last family-owned and operated corporations in the companion pet and wild bird food industry. We are all thrilled to welcome members of the sixth generation into our division including: Austin Brown Egolf, Brittany Brown, and Lisa Brown. They are the next generation to honor the mission established by George Brown and Franklin Brown of passing along the business to future generations of Brown’s. We hope that they also pass down our rich history and always remember the strength, tradition and integrity on which our corporation was built by our ancestors. We can’t wait to see what the next generation does. 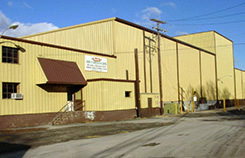 We’re trusted producers of superior products that enrich the lives of wildlife, pets and pet parents. Family owned and operated since 1843, we hold onto our values of strength, tradition, and integrity that are passed from one generation to the next. We believe that our associates are active members of our team and strive to actively support our community. 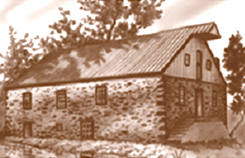 We invite you to discover more about the five additional Brown’s divisions and diversified manufacturing facilities which are all located in eastern Pennsylvania.